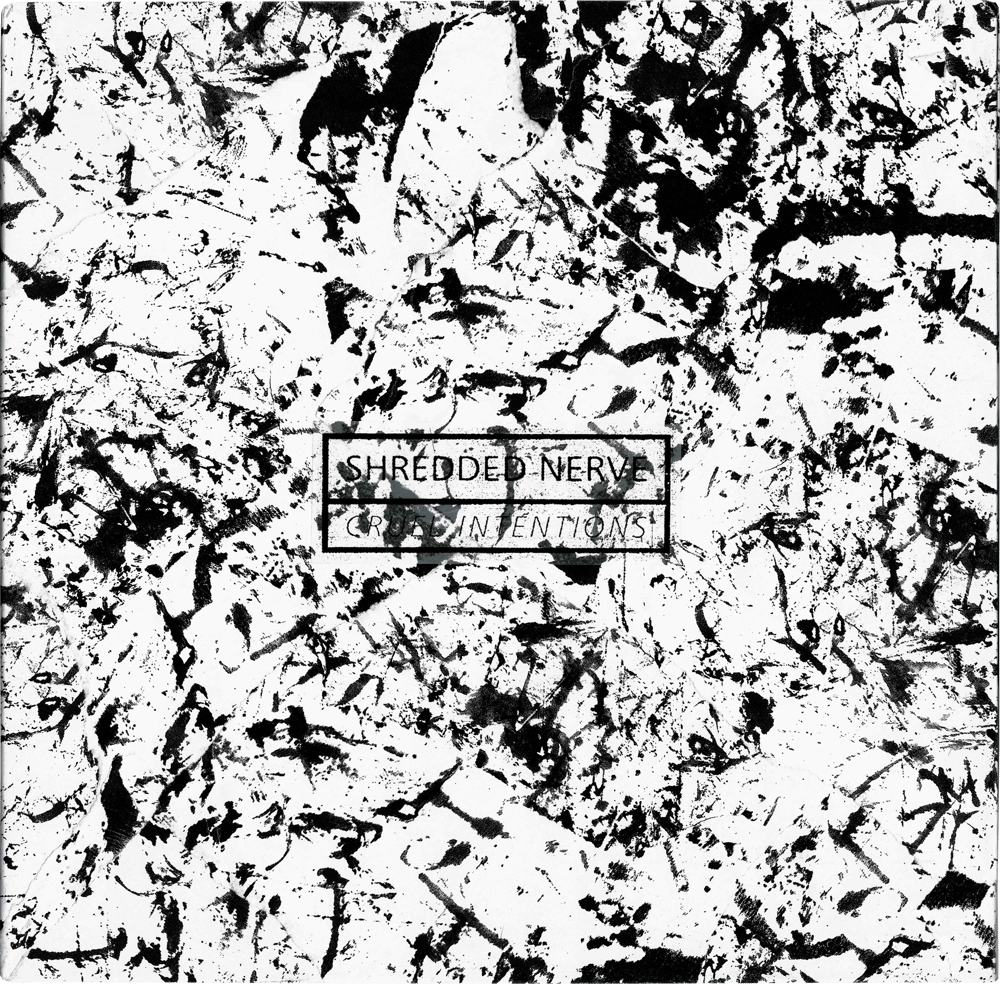 “A rough-hewn pendulum, Cruel Intentions swings between Shredded Nerve’s previous LP and this year's Acts of Betrayal, vacillating between the noisy and the serene through crude loops and environmentally-specific recordings, driven by hope for the future and exhaustion of the day's burden. Like an apartment building collapsing inwards, no listener is safe from the debris of glass, metal, wood and electricity Shredded Nerve employs. While previous works have focused on blunt repetition, Lakes embraces his sounds' desire to sprawl out and infect each other throughout these five pieces. The opener ("Burning Arrival") brings the same sort of twisted backward violin sound found on the Butthole Surfers' "Creep in the Cellar" but manages to further elucidate this terror with discreet scrapings and the gathering of small objects before lumbering up the stairs, arms full of white hot static interference. The errant crackling through heavy tones and cheap, ringing steel, synthesized warping and vitric ritualistic knocks serve to take us further out of ourselves, looking through a thick window as we slowly age. Tension and dread are at this end, but what awaits on the other side?”
— Greh Holger (Hive Mind/Chondritic Sound)

Shredded Nerve is the primary output of multimedia artist Justin Lakes. Drawing from a palette of found sound, electroacoustic amplification, and analog synthesis, his work is composed through the use of handmade cassette loops which have come to be known as his signature. Originally based in Cincinnati, Lakes has operated out of Brooklyn since 2014 where he co-founded the record store Thousands of Dead Gods and subsequent tape label Dead Gods. In addition to publishing printed materials of collages and flyers, he also runs the limited edition CDr imprint Small Mercies. Cruel Intentions is Shredded Nerve's 2nd LP, a follow up to 2016's In The Shadow Of What Never Was.

MADE BY COLLECTIVE ORDER
ASCETIC HOUSE
2020